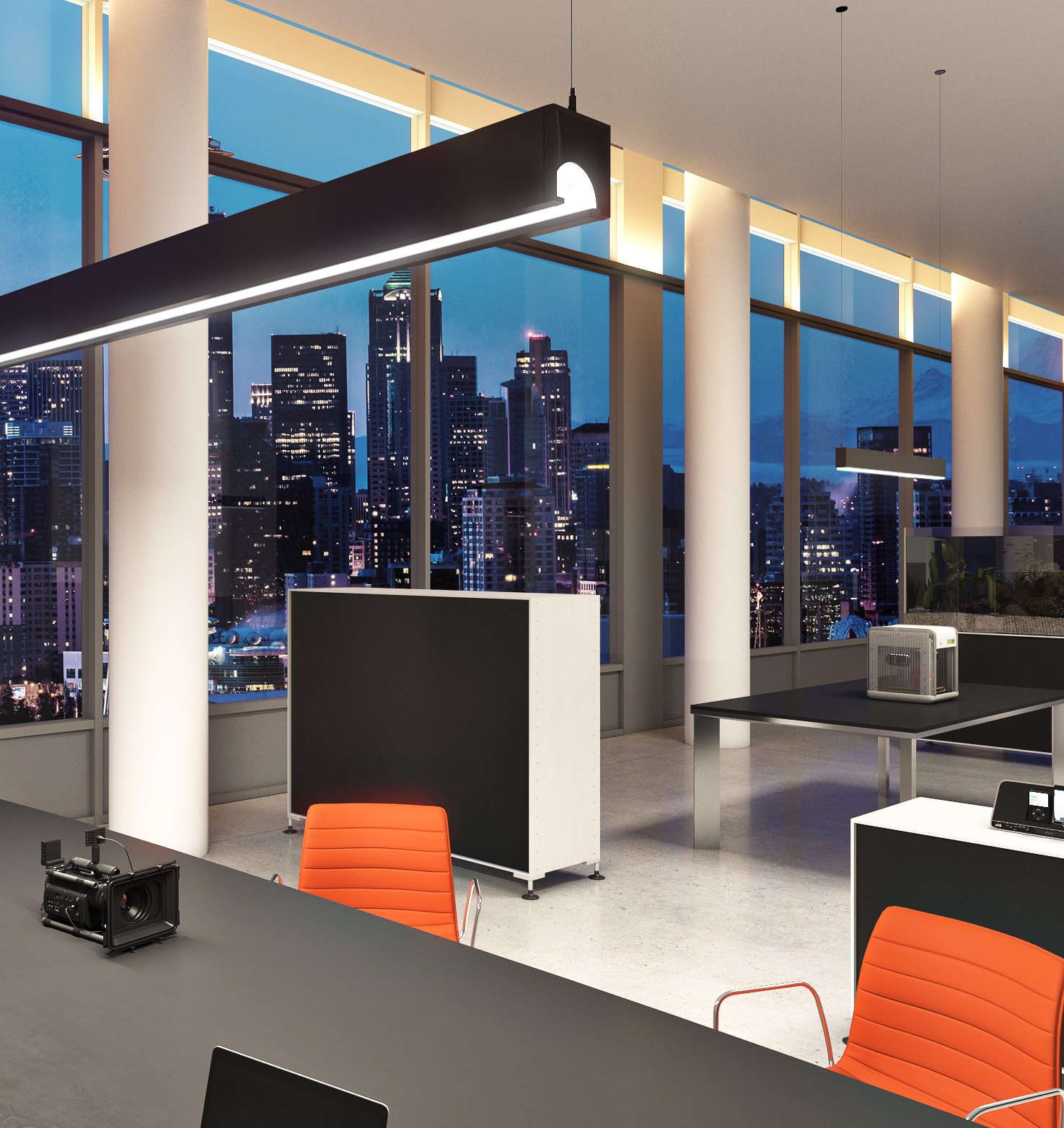 ERW Lighting & Controls is pleased to announce our weekly spotlight: the ARX.4 Pendant by Lux Illuminaire.

Uniform illumination. The sophisticated ARX.4 linear family minimizes glare by utilizing precisely placed LED’s to indirectly illuminate its internal arc cavity. The ARX.4 provides superior performance and efficacy that has an uninterrupted line of light that visually appears to be endless.

The ARX.4 is a 4 1/2” x 4 1/2” square housing luminaire that is lit from side mounted LED’s, uniformly providing up to 200 feet of uninterrupted glare free Illumination utilizing a 98% reflective film.

For more information on the ARX.4 Pendant, download the brochure below: